Ermitage Macchiabella is situated in Umbria, south of Perugia, a village located between Todi and Marsciano, called Fratta Todina.


In the Middle Ages, Fratta Todina was a "victus", a village of peasants who ran the property of the Bishop of Todi, also a place of holiday and rest. So it was called "Fratta of the Bishop", until Braccio Fortebraccio da Montone, Vicar General, Lord of Perugia and Todi, in 1416 expanded and reinforced the castle to protect himself and his troops. In the 17th century the Bishop Angelo Cesi built a wonderful villa, which in the next century was further embellished by Cardinal Altieri.

Around 1800, the village was economically tied to Marsciano, so that until 1846 it was called "Fratta di Marsciano". It later became again "Fratta di Todi". In 1846, after the annexation of Umbria to the Kingdom of Italy,  it finally became a village called "Fratta Todina." 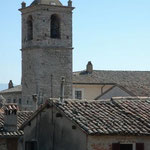 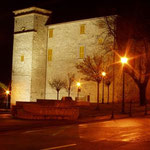 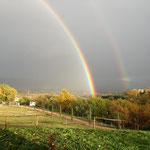 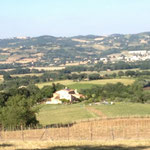